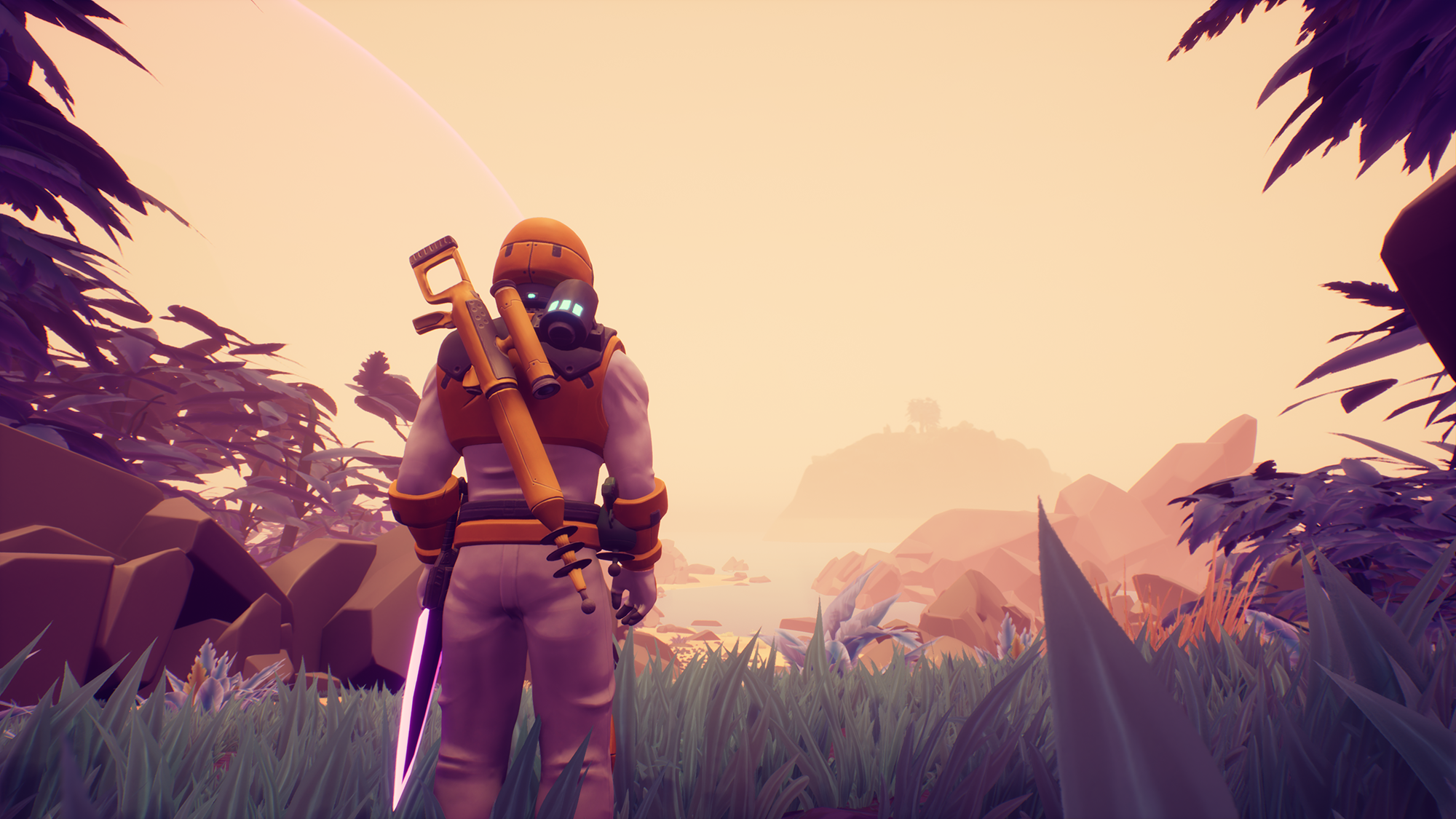 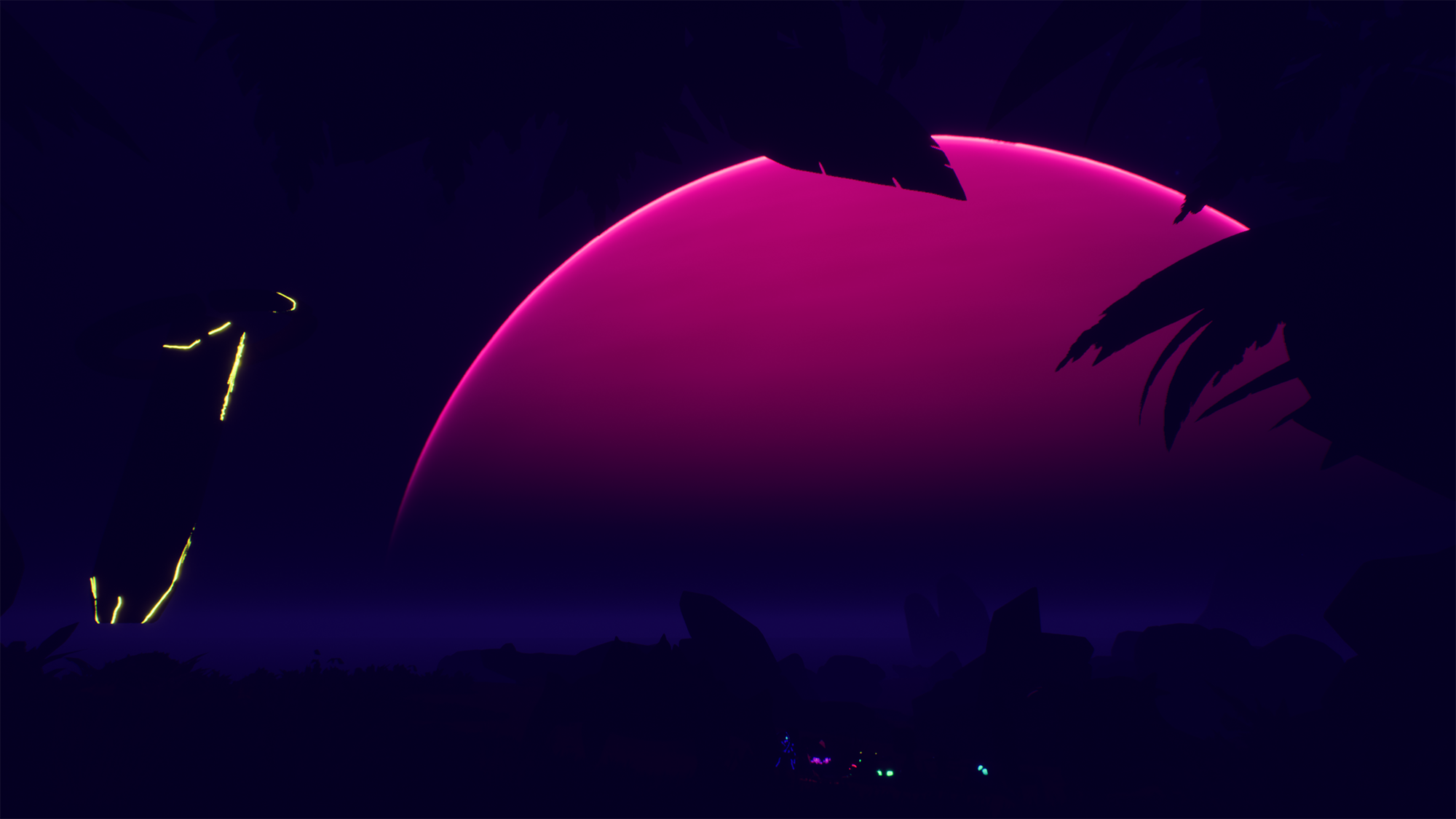 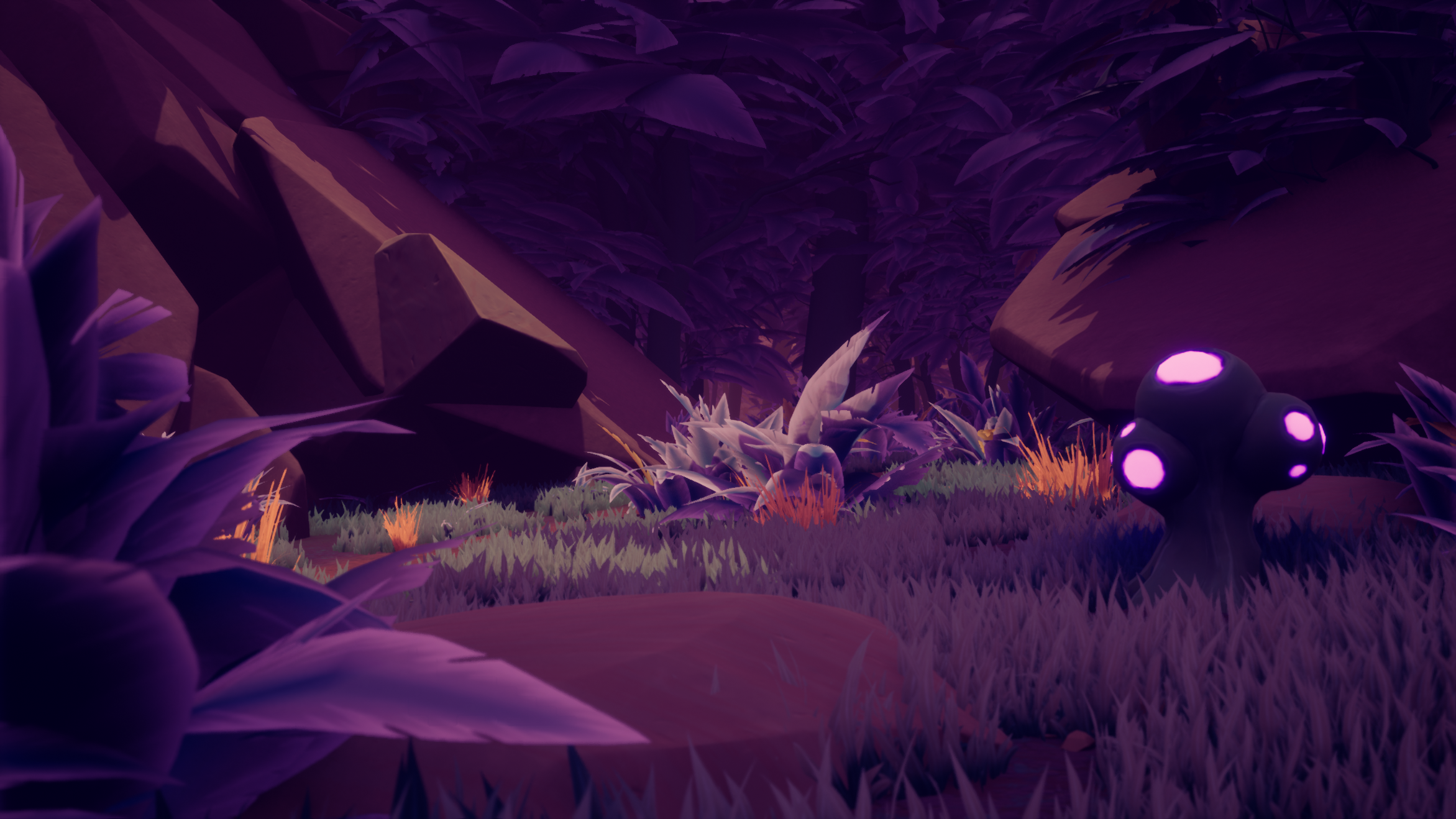 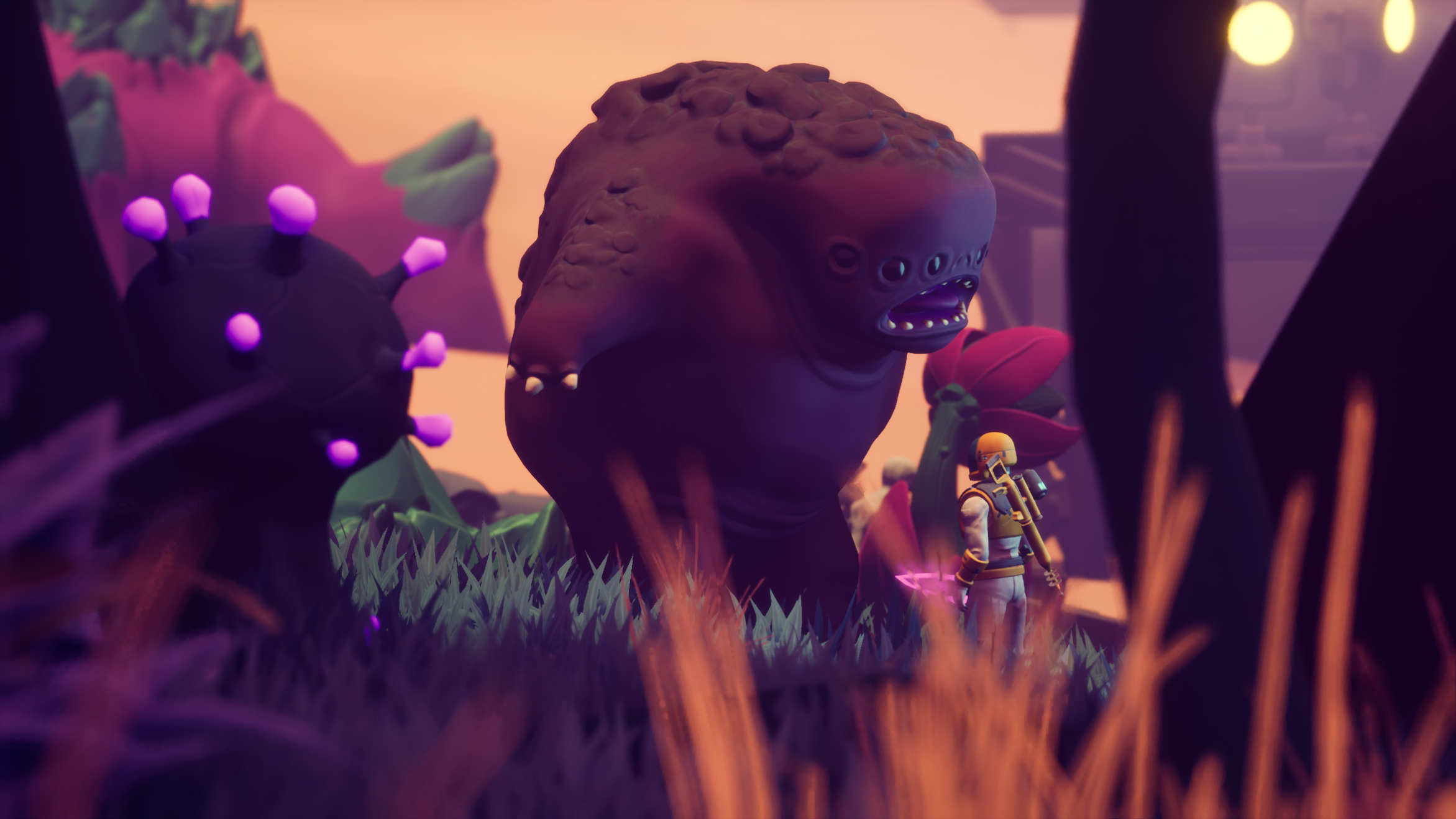 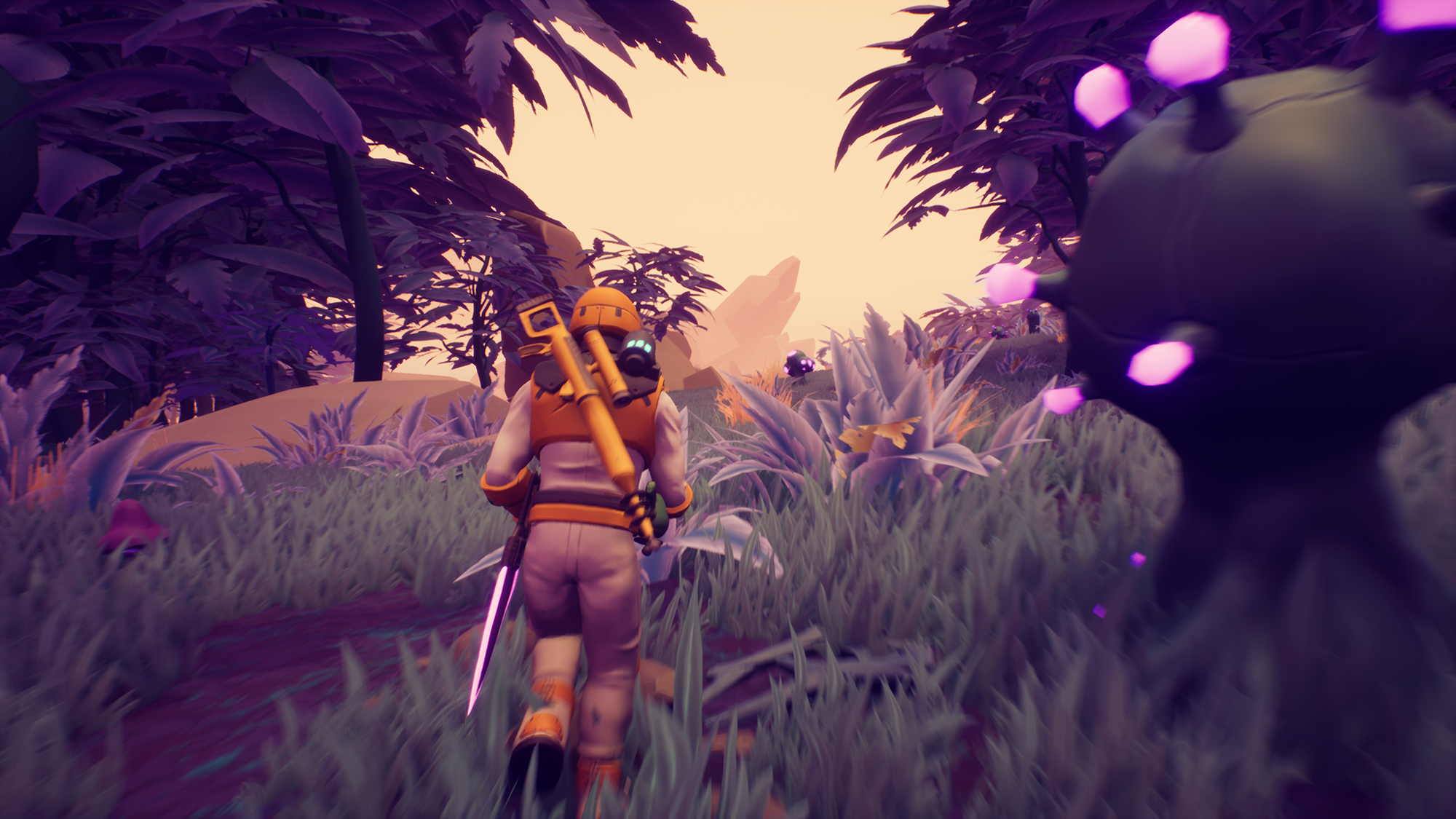 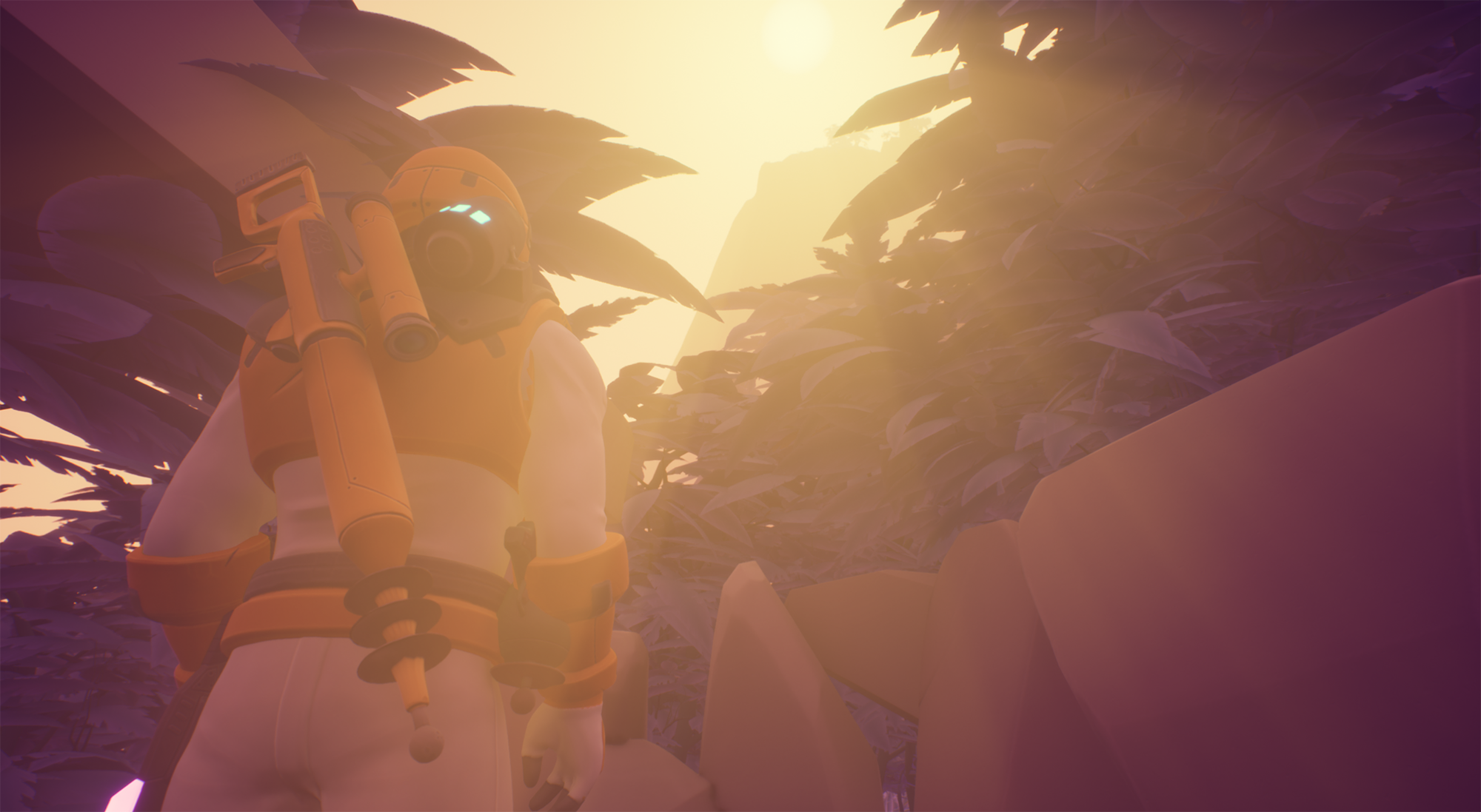 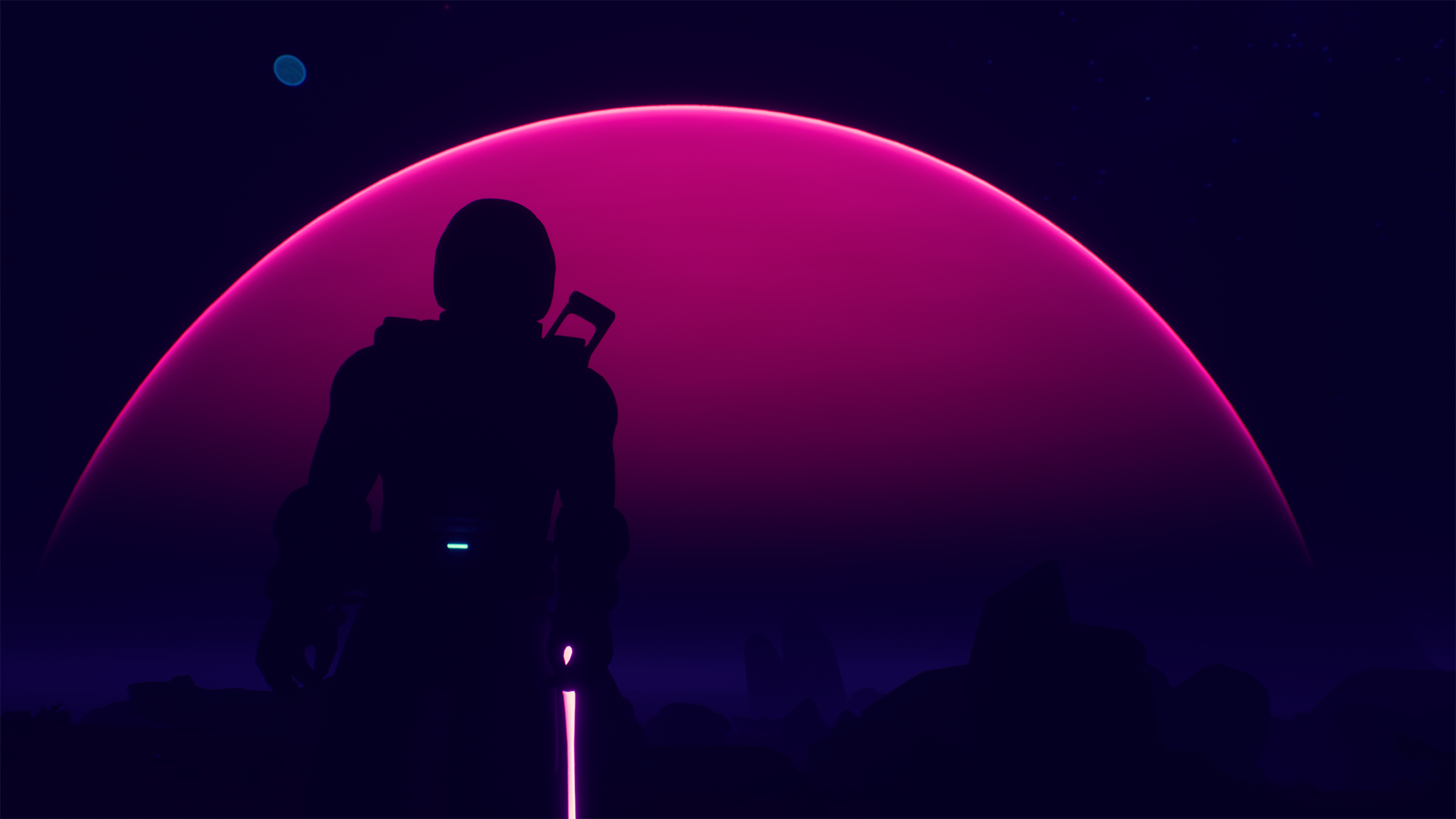 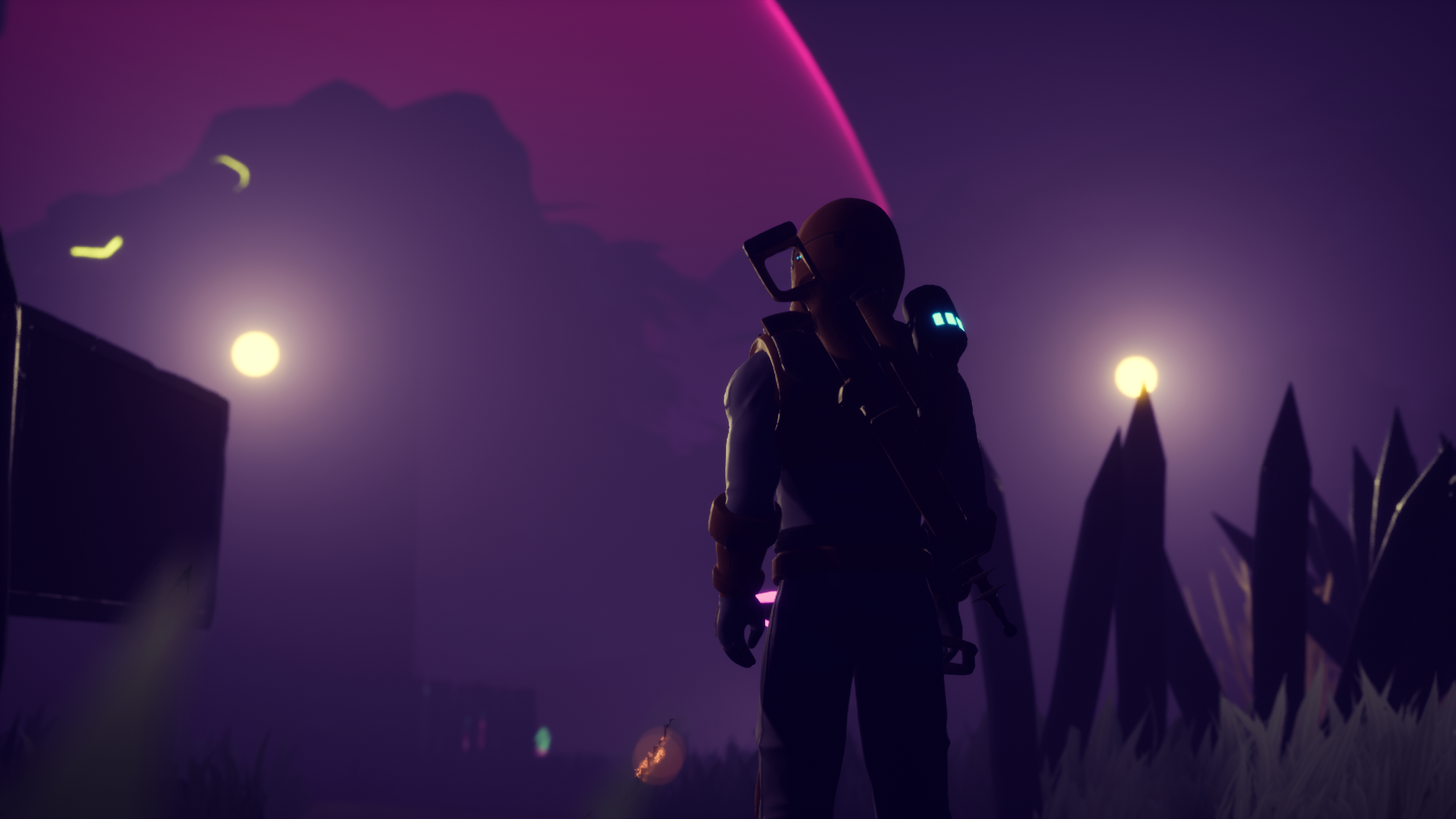 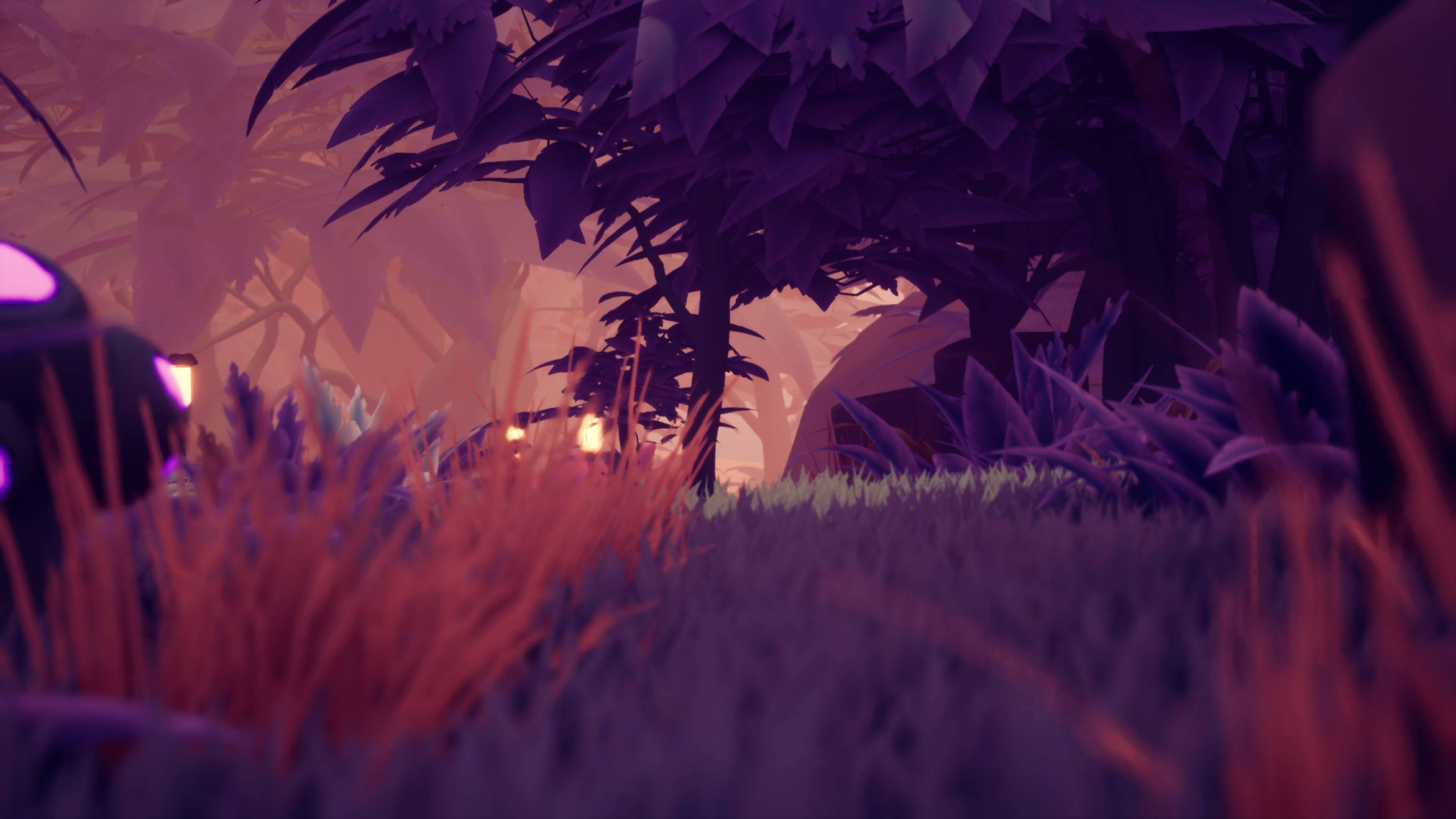 Offworlders is a single player survival RPG where you will control a hand-picked team of 4 separate characters; each with their own unique specializations, attributes, and inventories.

Your adventure will begin by waking up from cryosleep aboard Starport Prime, an orbital spaceport owned and operated by Crios Corp. - the largest and most powerful human-owned enterprise in the known Universe whose sole objective is focused on pure capitalism with no boundaries.

There you will create your first character by selecting its appearance, gender animations, class, attributes and perks. You will then decide which of the lesser organizations you belong to and will be able to roam the spaceport. Once you have been released you will need to explore Starport Prime to recruit 3 more contractors which will complete your crew of 4 before venturing down to the planet below.
‍
Once you have assembled your team, you will then be transported down to Kepler-47c; an alien planet rich in resources, undiscovered flora and fauna, and a mysterious race of ancient sentient robots who appeared to have crashed an enormous capital ship thousands of years ago which has scattered unusual relics throughout the land for you to discover and unlock their secrets.
‍
Kepler-47c offers a wide variety of biomes where the player will experience not only the tranquil nature of the grasslands and dense forests but also the punishingly difficult acidlands, volcanic ashlands and mysterious maze-like ruins of the ancient crash site. In order to reach the more difficult biomes where rare resources and frightening creatures reside, you will have to cross the deadly sand dunes where you will need to survive not only the harsh environment but also desert raiders and a wide variety of alien creatures which includes the colossal beasts that lurk below the surface.
Some of the activities will include completing the main quest and branching side quests, prospecting and collecting resources, looting raider camps, trading items with the local scrappers, traders, camps or even Starport Prime for a smaller profit, and of course building the space outpost of your dreams.
‍
Building your outpost will be one of the main focuses in Offworlders and will drive a lot of the long term gameplay. There will be a large variety of options to choose from for customization and there will be a freedom to craft both prefabricated structures as well as custom user-designed ones. Managing your power, waste, food and water supplies, automating your farms and refineries, and prospecting a large variety of resources to harvest will all be an integral part of the experience.
‍
To ensure the best chance of survival in Kepler-47c you will have to level up your characters, manage their vitals and supplies, balance your team's skills and fortify your outpost. While the death of your characters cannot be reversed due to the nature of permadeath, you will be able to scavenge their bodies and recruit new contractors to fill their spot to take on a new role in your organization.
‍
The items in Offworlders will have an RPG style of randomized stats where finding the perfect roll will not only feel like a major achievement but will also help build your own unique play style and classes. You will be able to craft, purchase and loot a large variety of items, weapons and tools.
‍
The list of creatures in Offworlders is extensive and is a huge part of the experience. Each creature will serve a unique purpose in the world and will each pose a separate challenge. One of our development goals is to add domestication of the creatures through a skill-based system where you first must study them and learn from their behaviours then domesticate them based on your discoveries. This could be as simple as gaining trust through feeding a favourite food or as complex as dodging a series of attacks, restraining the beast as it tires, corralling it in your outpost and building its trust over time.
‍
The world of Kepler-47c also contains a large amount of creatures that imposter its environment. The player must take caution when harvesting resources or following a particular luminance at night as it may be a deadly creature baiting its prey.Offworlders is a single player stylized survival RPG where you will play as an organization composed of a hand crafted team of 4 separate characters; each with their own unique specializations, attributes, skill trees and inventories.

CREATURES
Kepler-47c offers a diverse variety of creatures ranging from the gigantic predatory Land Strider to the army of Spine Crawlers and their Queen. Below are just a few examples of what you might encounter but there are plenty more to discover! 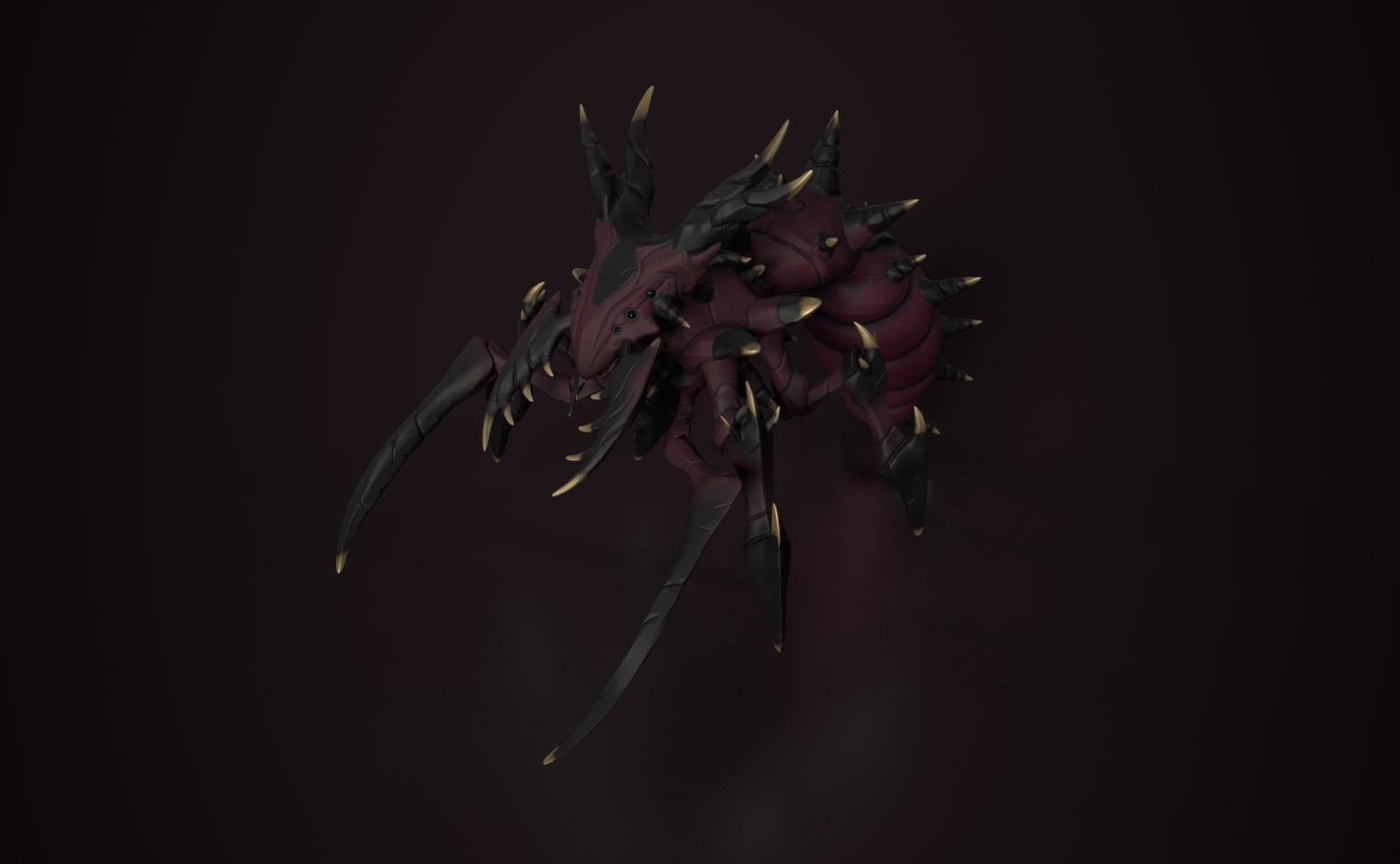 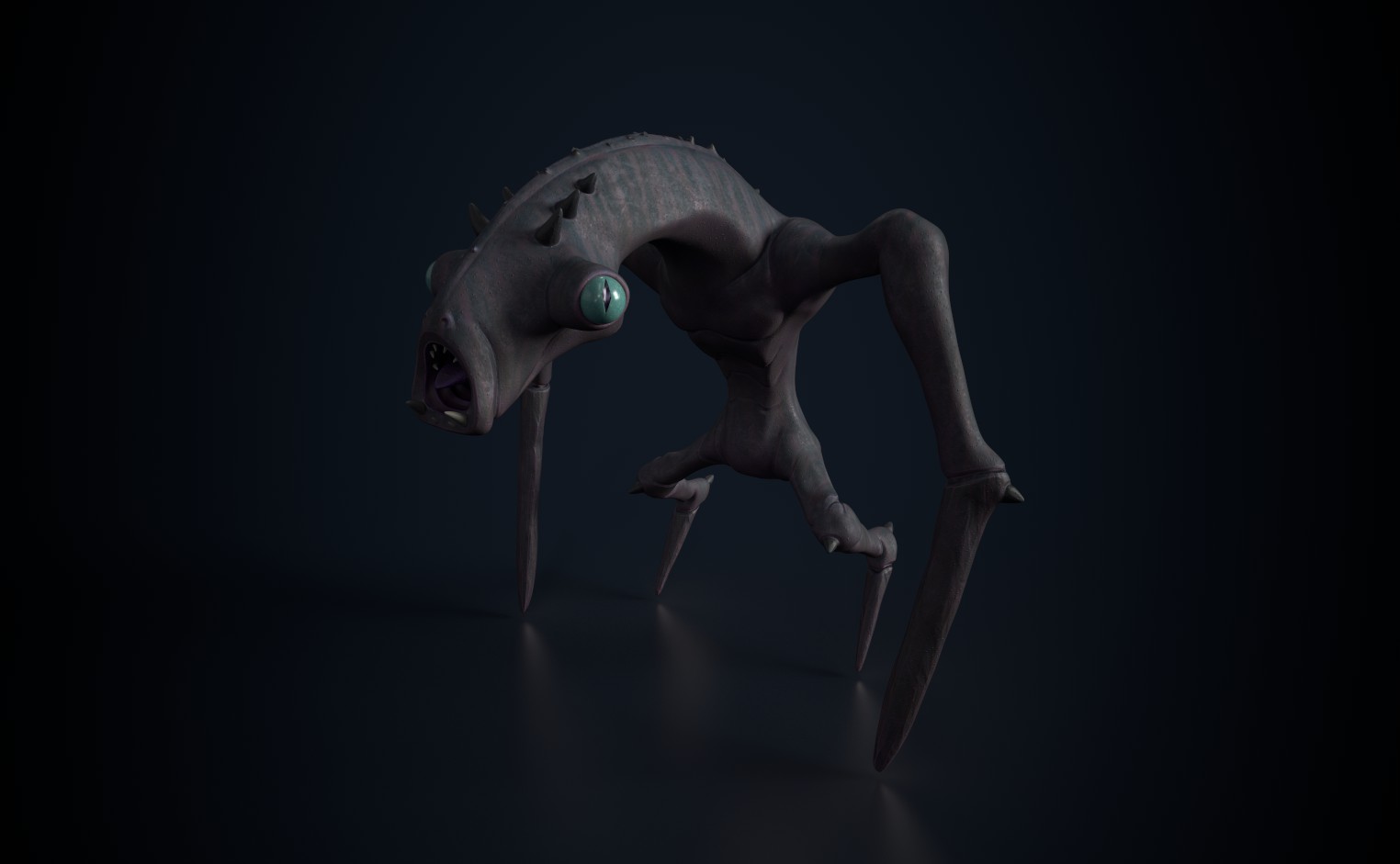 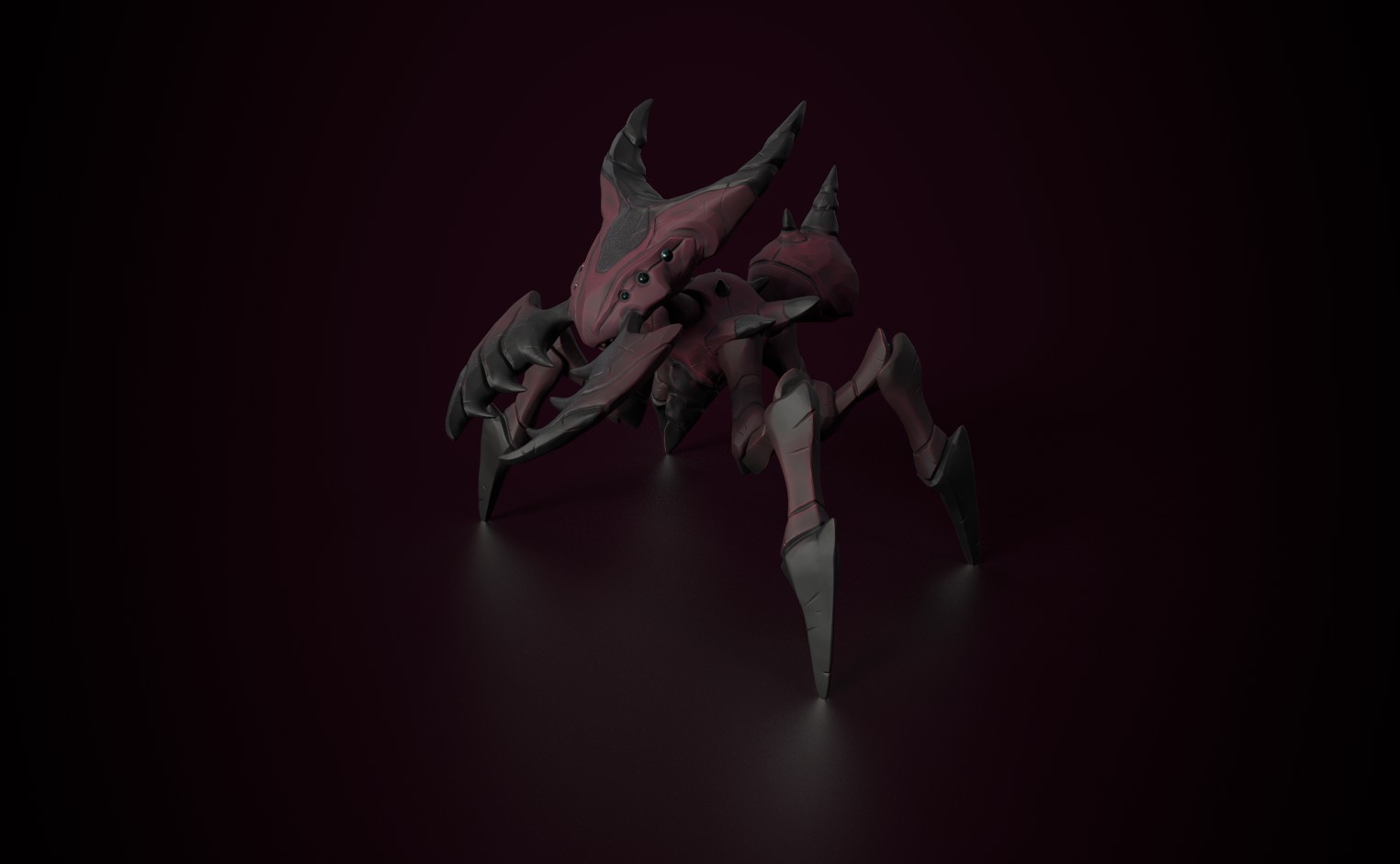 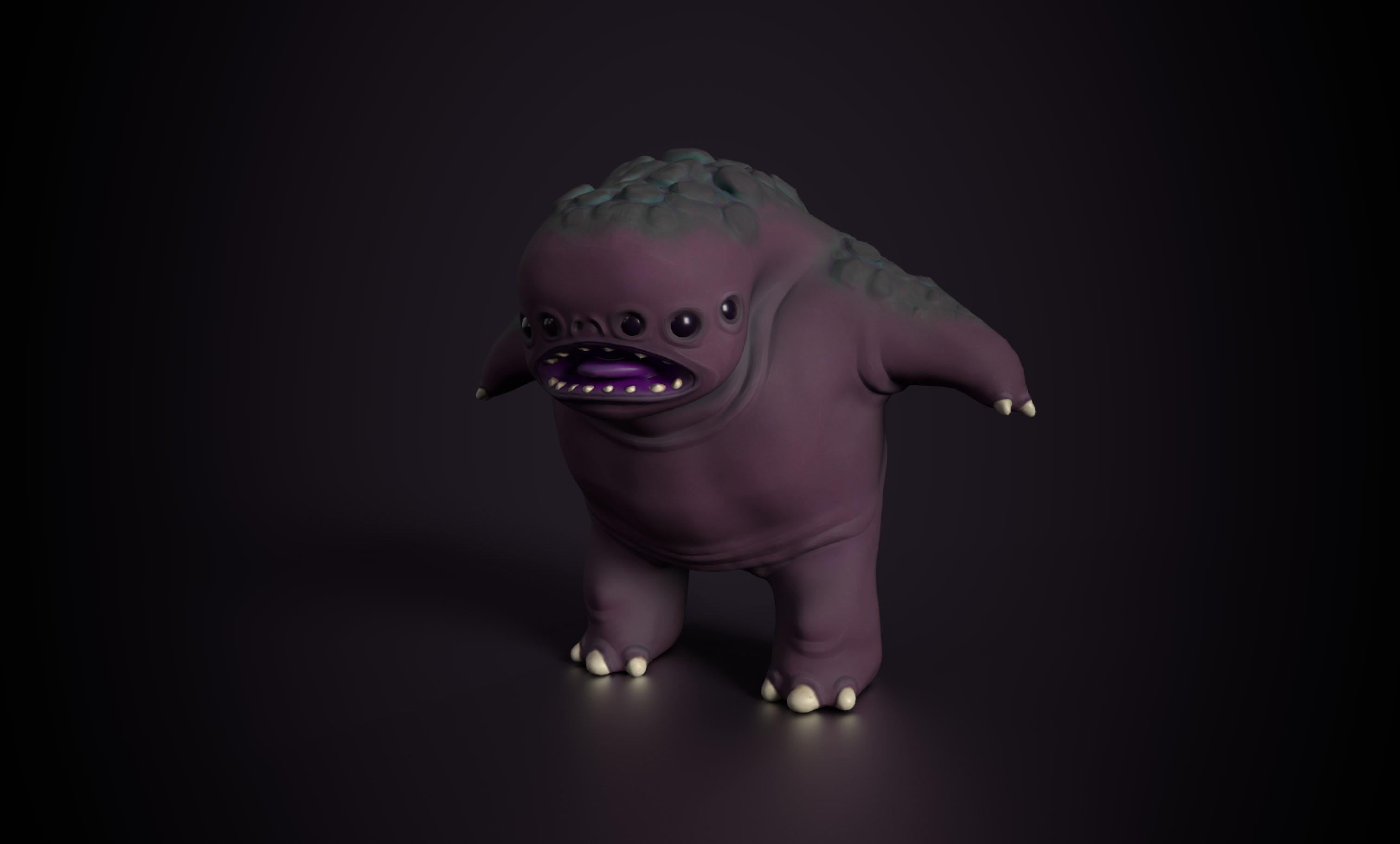 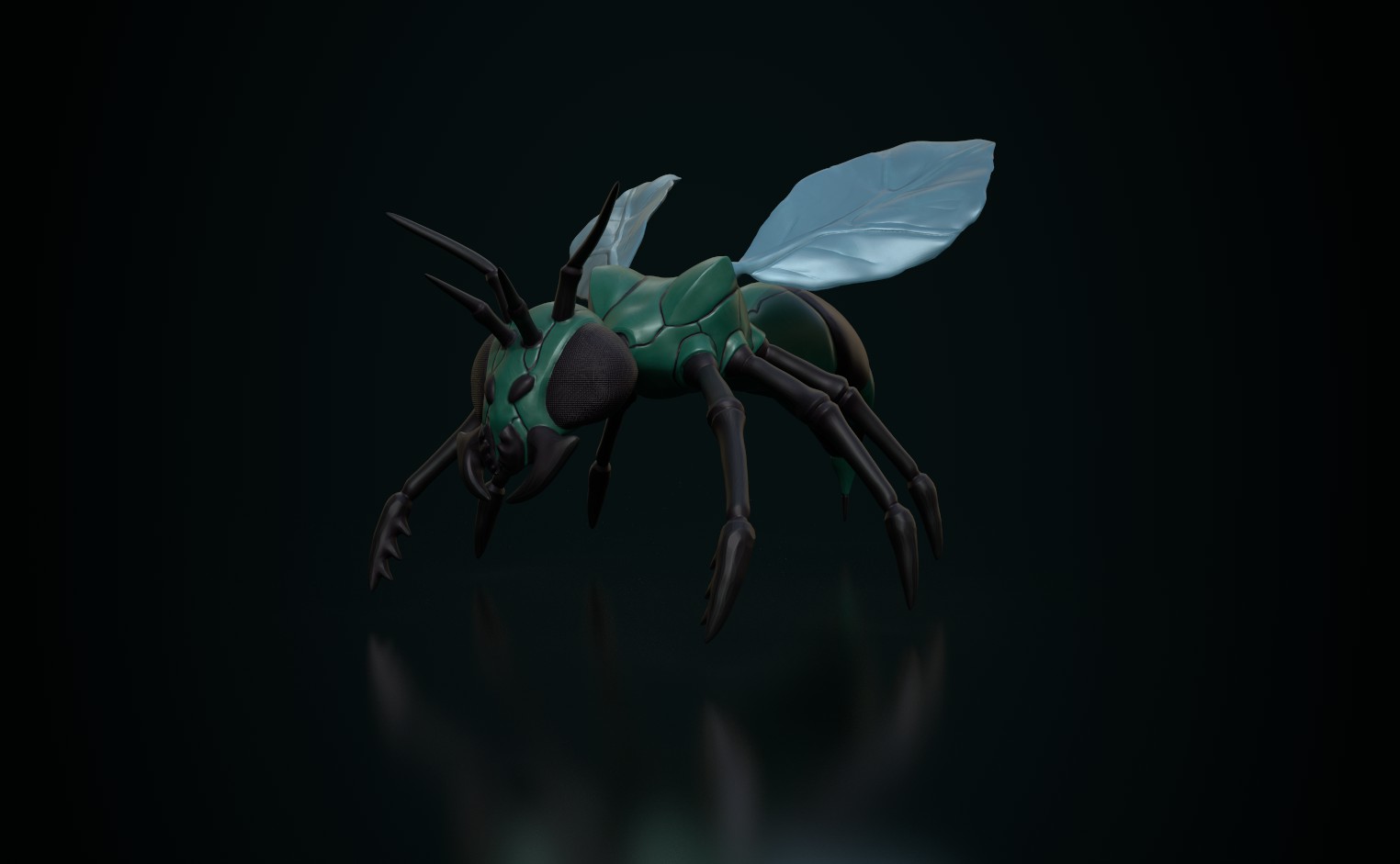 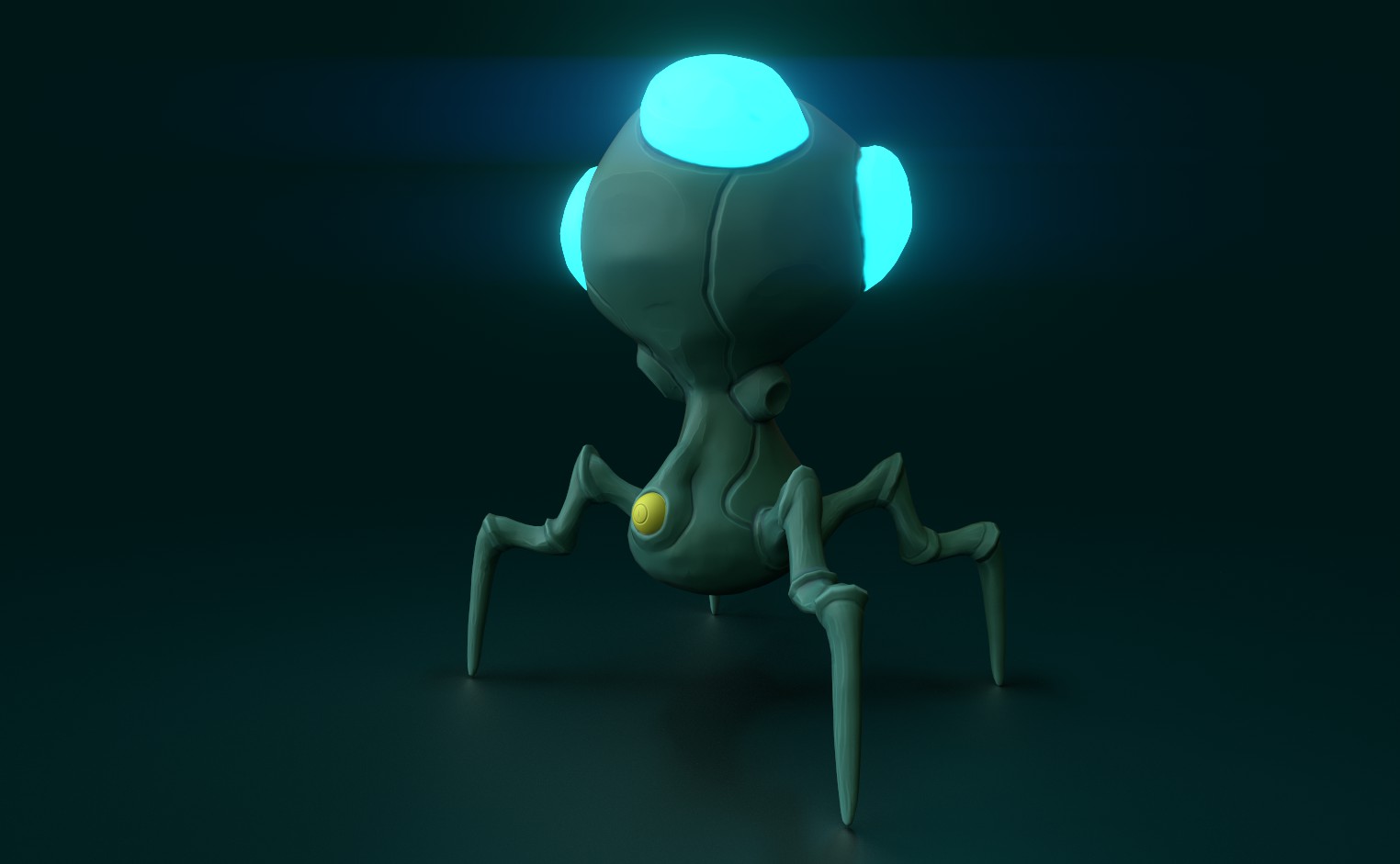 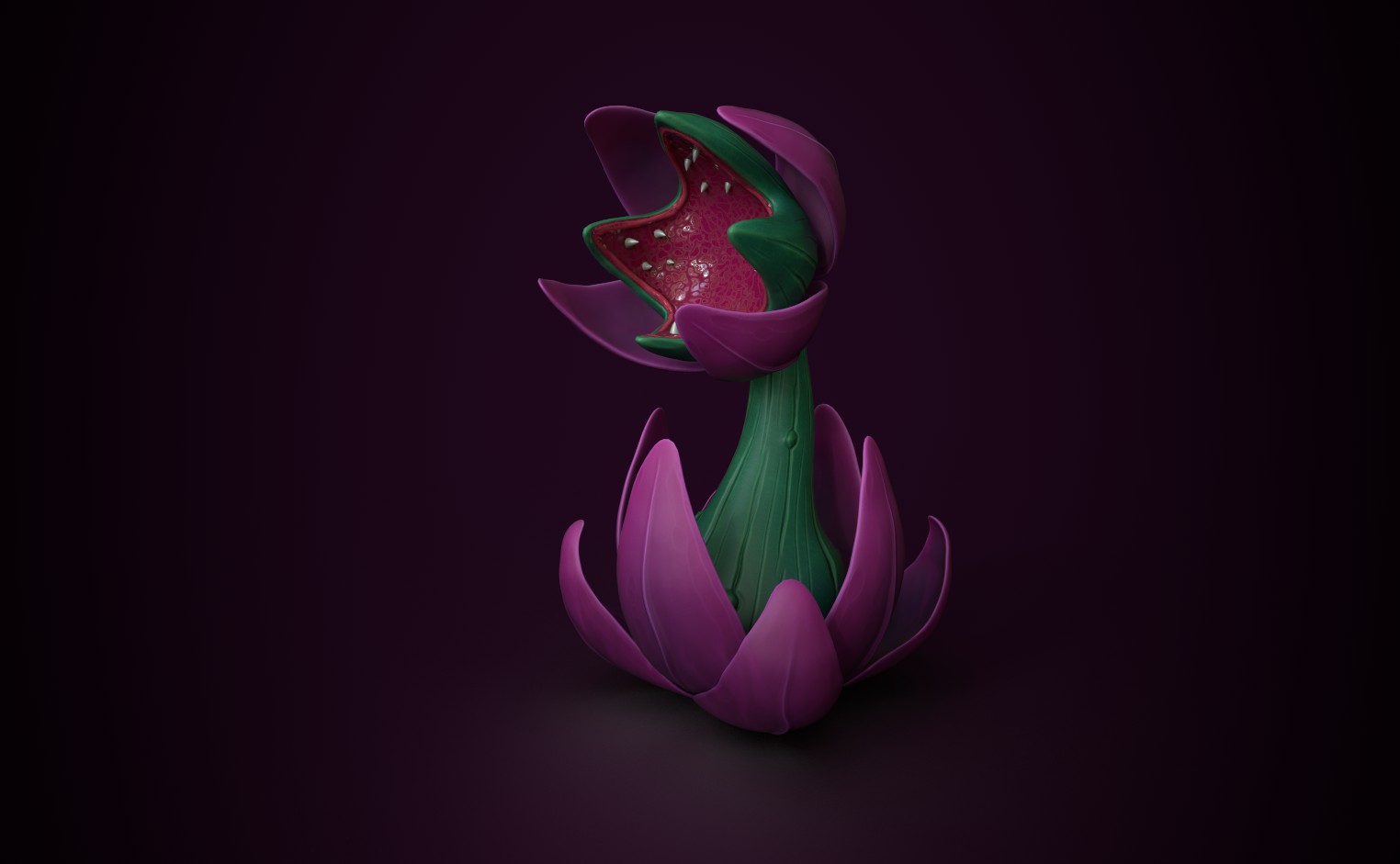 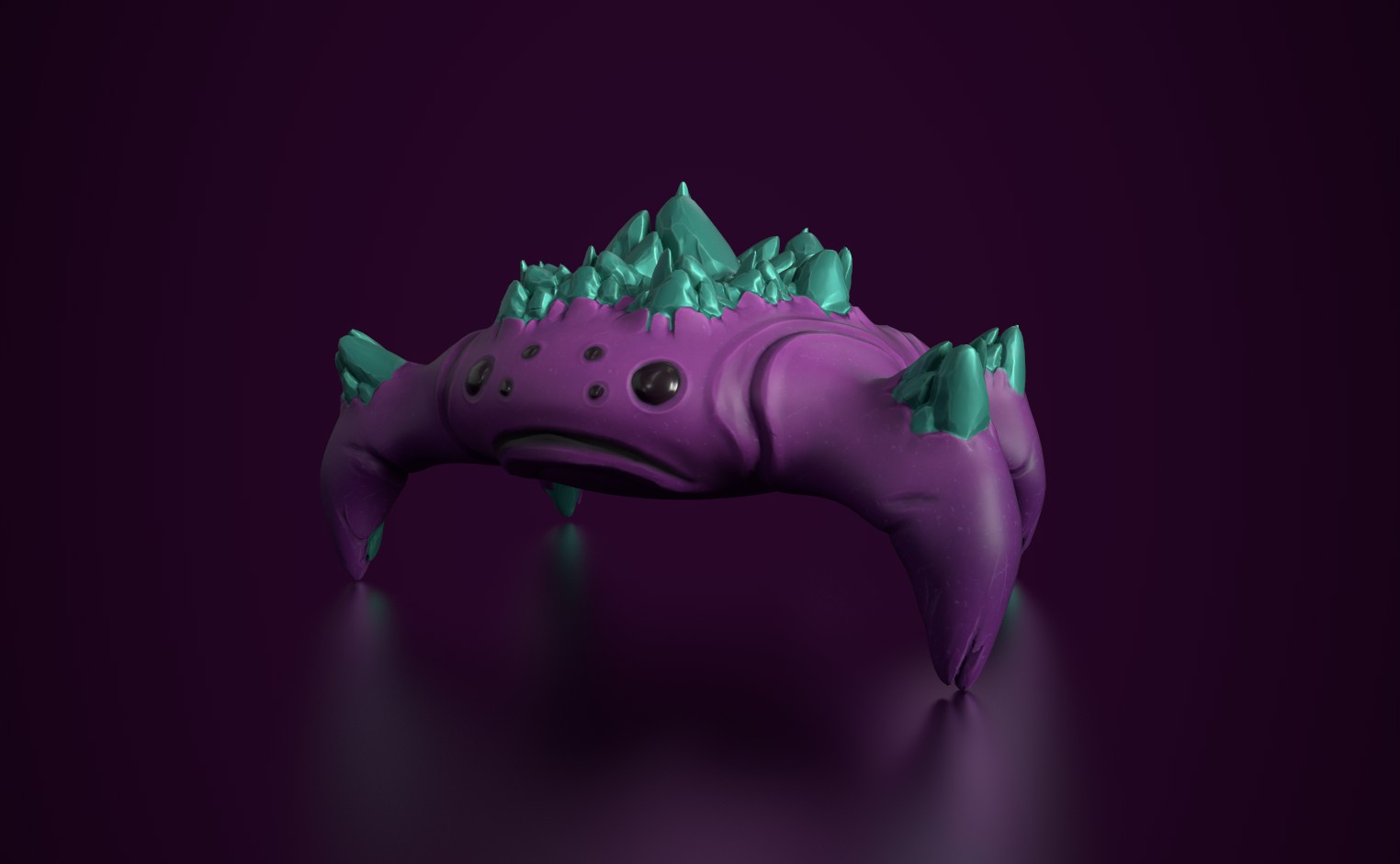 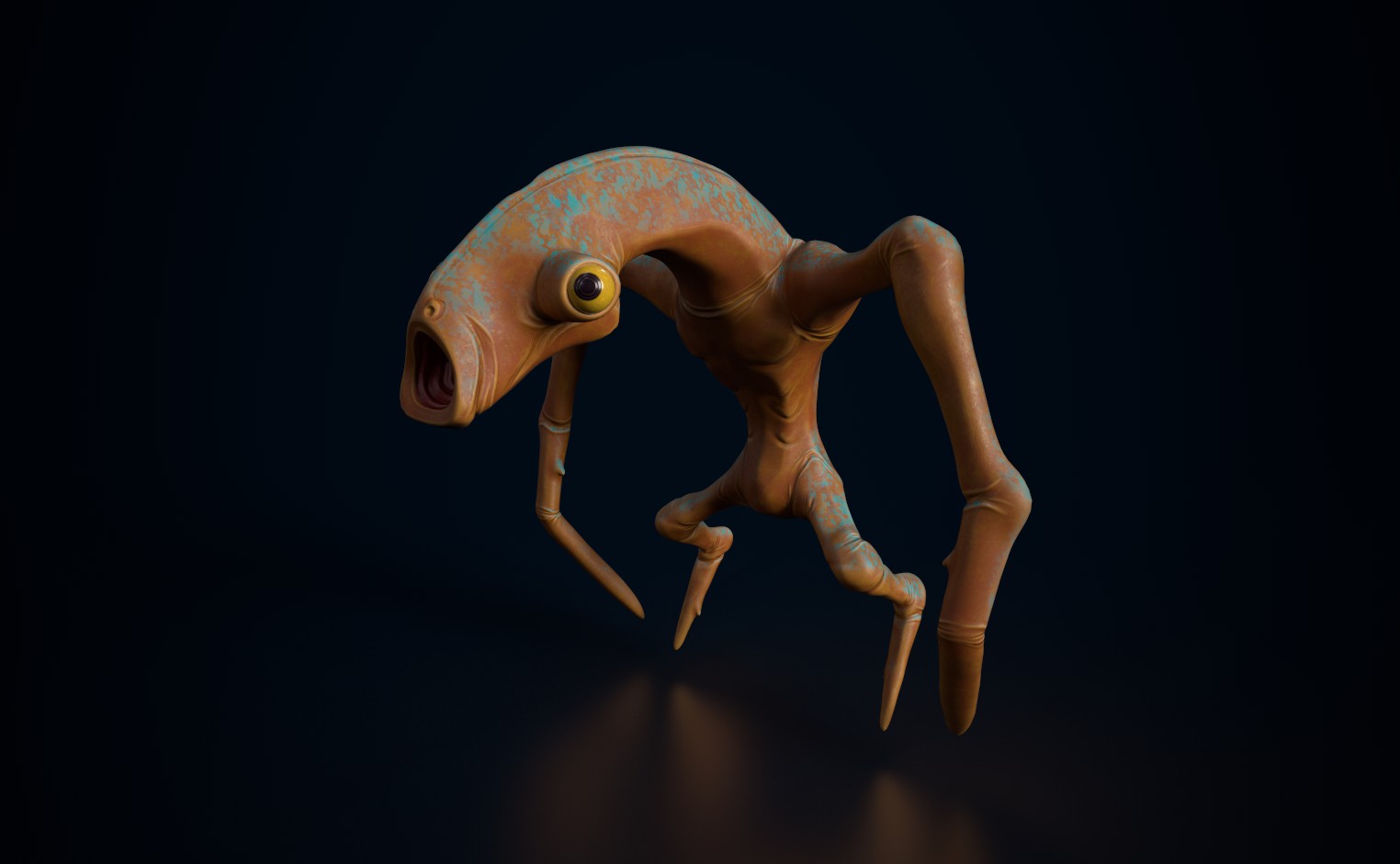 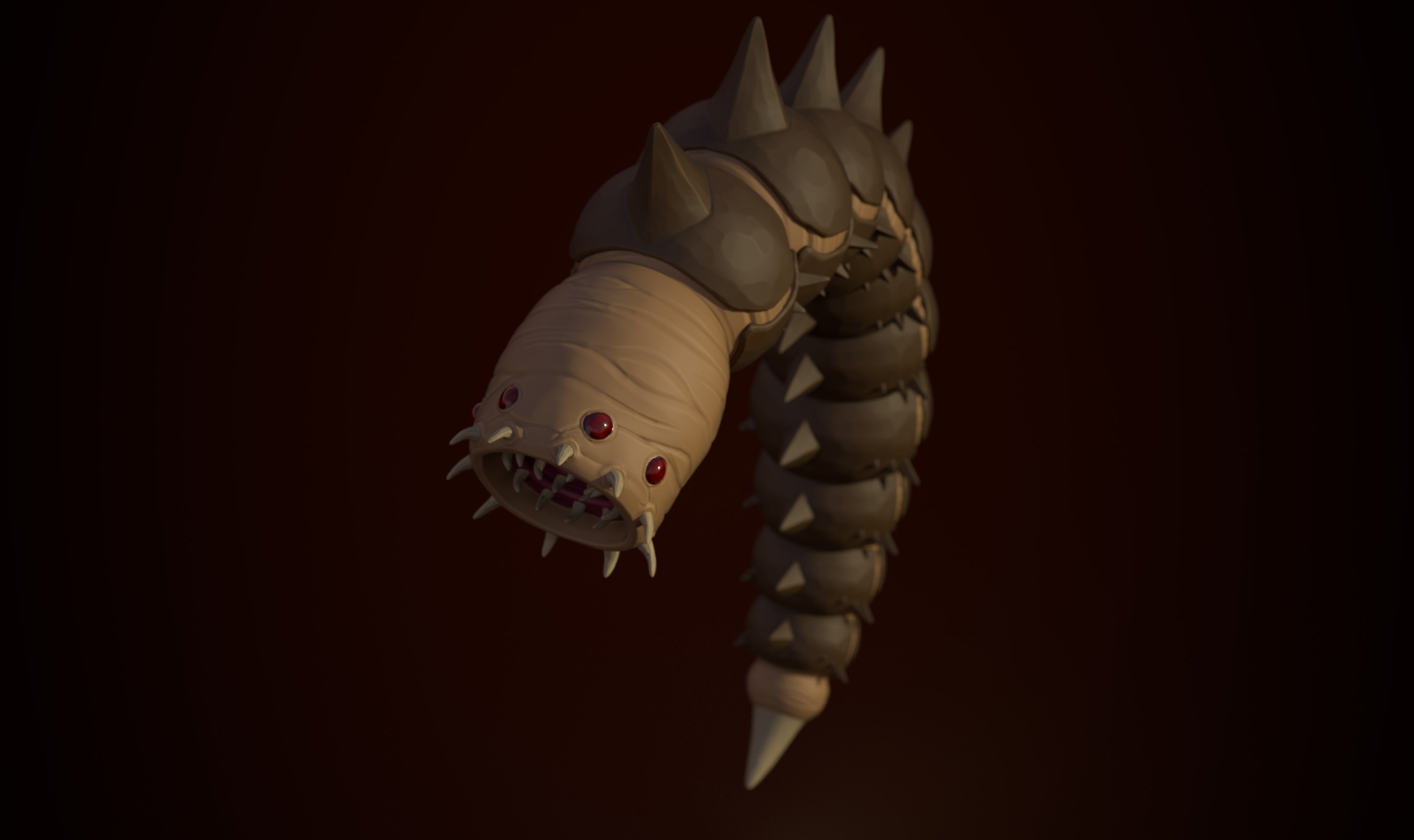 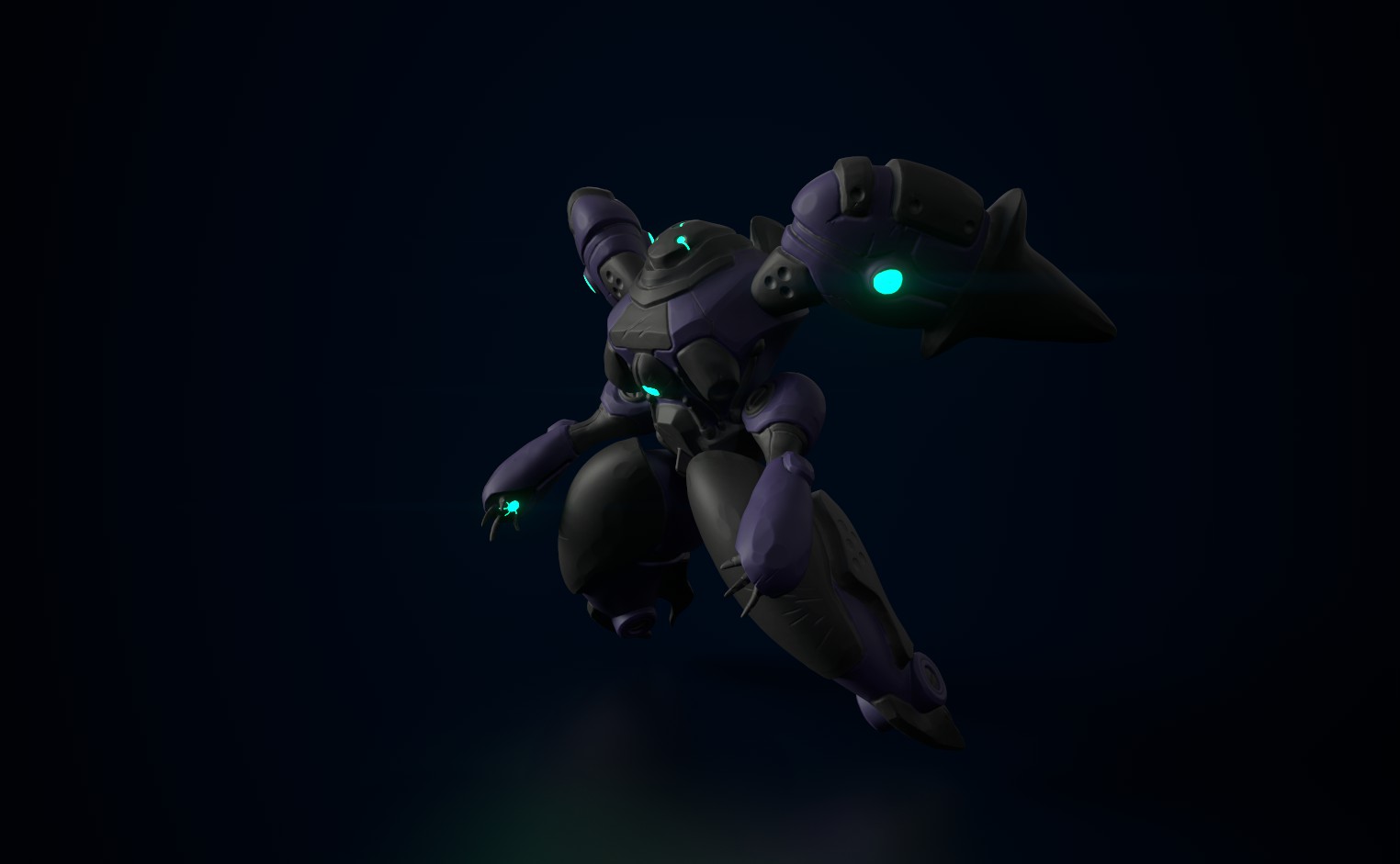 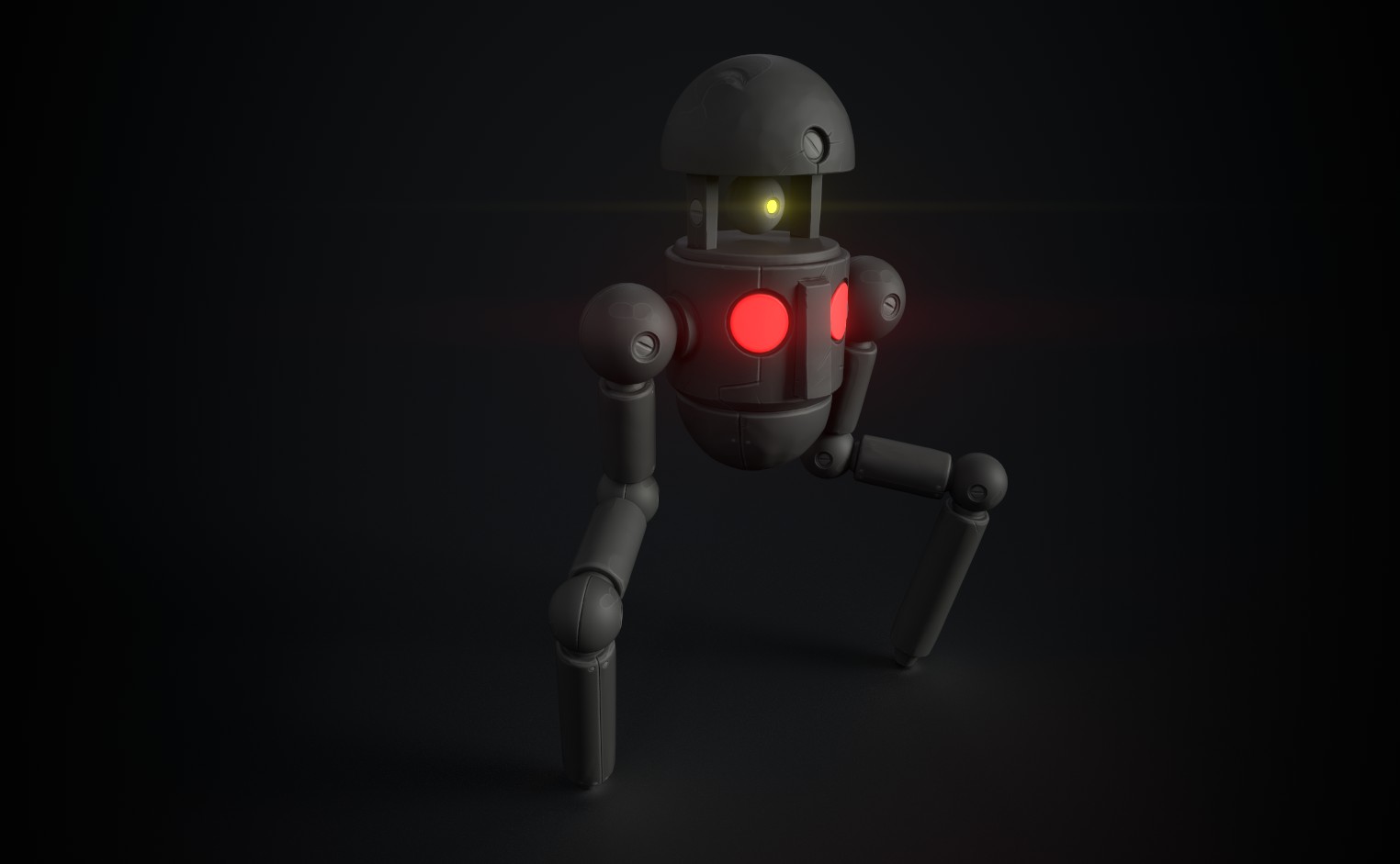 Q What is Offworlders?
‍A Offworlders is a stylized single player survival RPG where you will get to choose and control a team of 4 separate characters, each with their own specializations, attributes, skill trees and inventories.

You will spend your time surviving and exploring Kepler-47C; an alien planet rich in resources, undiscovered creatures, and a mysterious race of ancient sentient robots who have scattered unusual relics throughout the land for you to discover and unlock their secrets.

Some of the main activities will include completing quests, collecting resources, and building the space outpost of your dreams. The items in Offworlders will have an RPG style of randomized stats where finding the perfect roll will not only feel like a major achievement but will also help build your own unique play style and class.

Survive the harsh environments that Kepler-47C has to offer by levelling up your characters and managing their vitals and take caution because if your character dies it cannot be revived due to permadeath.

‍Q Will it be multiplayer?
‍A Due to the type of experience we are trying to craft, Offworlders really benefits from the tighter scope afforded by focus on single player. The style of gameplay will be heavily inspired by our favourite single player survival games such as State of Decay, The Long Dark and Subnautica.

‍Q Will there be an Alpha or Beta?
‍A Yes! The community will have an opportunity to be a part of development throughout the entire process. Pre-Alpha is still under construction but once it's ready, access will be immediately granted to active Patreon Subscribers and Kickstarter Backers.

‍Q How do I support the project?
‍A Being a part of our Discord community and following us on Twitter is one of the best ways to help support the project. Spreading the word about Offworlders to your friends is a tremendous help. As we progress through development we will offer a variety of ways to donate and help fund the game, any financial support will go a long way in helping the development of Offworlders and your support is extremely appreciated.

‍Q Will Offworlders be available on console?
‍A We would love to see Offworlders launch on console but at the start we are focusing on PC, Mac and Linux.

Q Is there a release date?
‍A Currently there is no release date planned but as we continue through development and get closer to a foreseeable timeline we will keep the community updated.